Whitestone Sotogrande is located on a strategically-placed plot of land in the highest part of Sotogrande with a 360º vista.

Close to the Almenara Hotel and actually on Almenara Golf Course, Whitestone borders on the Alcornocales National Park (Finca La Alcaidesa).  The views of the sea and of Sotogrande on one side and the wild countryside on the other make up a striking contrast that is unique in this area. 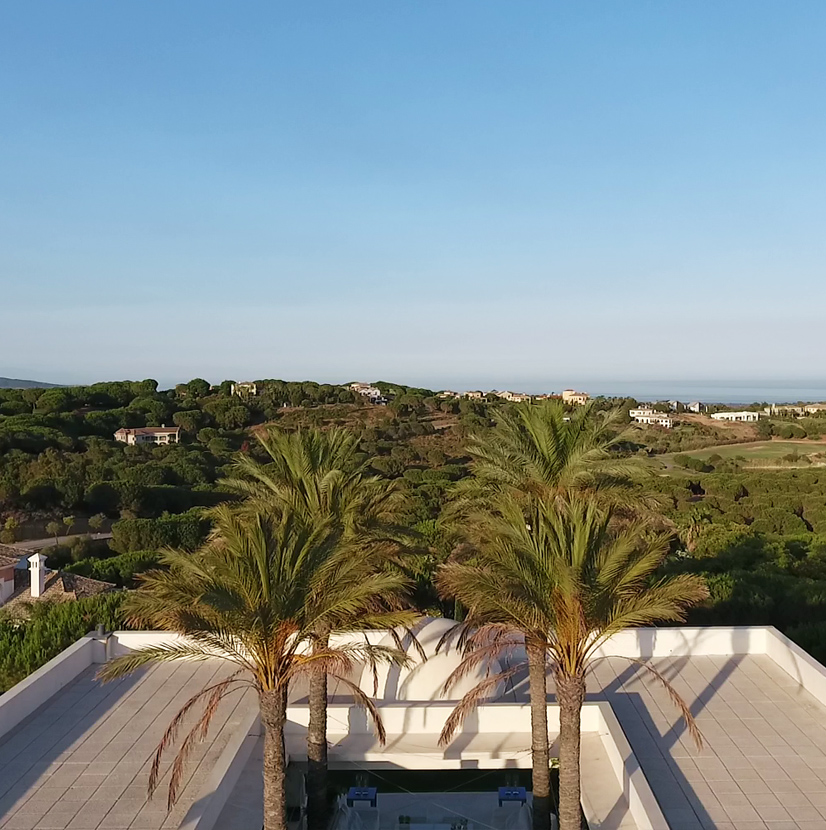 Whitestone Sotogrande is located on a strategically-placed plot of land in the highest part of Sotogrande with a 360º vista.

Close to the Almenara Hotel and actually on Almenara Golf Course, Whitestone borders on the Alcornocales National Park (Finca La Alcaidesa).  The views of the sea and of Sotogrande on one side and the wild countryside on the other make up a striking contrast that is unique in this area.

The house was thought up as a huge vessel for contemporary art, with aseptic spaces that show off the works of art and décor.

The architect was faced with great design challenges: the irregular lie of the land, with a dispersion of huge rocks all over the plot, had to be exploited to the utmost to be able to integrate it into an ordered whole.  The characteristic flora from the nature Reserve on the plots borders would have to be a unifying feature between the residence itself and its surrounding environment.  Finally, the interior distribution of the residence would have to have certain features: it would not only have to be designed with the occupants’ functionality in mind, but it would also have to house contemporary works of art of a certain size.

The architectural style is based on balance and symmetry, the result of which is a residence open on each side with the sensation of living on the deck of a great ship. The huge central rock – now in the swimming-pool – and its elevation within the plot of land inspired the location for the house.

The project revolves around the Feng-Shui philosophy of living in harmony with one’s surroundings and the environment.  This is achieved through common-sense application of orienting various spaces.

The central patio serves as an axis, separating the living room and bedrooms – the family area – on one side, and the kitchen, dining room and service area on the other. The concept of the porch furniture arises from a sense of almost being in a living-room, so it has been given the same character and importance. For the flooring, a smooth industrial pavement requiring no joins has been employed, thus achieving a union between all the areas.

The guest house, made up of the master bedroom, children’s bedroom, two en-suite bathrooms and the living-room with kitchen is detached from the main residence, thus giving it a necessary independent feel.

Carmen Brujó, who is married to Valentin de la Madariaga, focused on one proposition: after hanging the paintings, first, the choice of basic elements such as headboards for the beds, duvets, curtains or floor coverings would have to match.  From then on, the combination of contemporary furniture with classical elements could begin.  The neutral style strives to highlight the works of art. The expansive porches of the house become extensions of the living room, giving them a similar importance and prominence.  For the remaining rooms, the use of new materials, or the recycling of others, together with custom-fitted furniture, lends a special harmony to a perfect atmosphere.

Her ability to merge the modern with the old and her originality in the search of novel materials make her a benchmark figure in the world of interior design.  The spaces created by architecture acquire an extra dimension thanks to her talent and sensitivity.  She has decorated many residences both for Valentin de Madariaga and for other renowned companies, with many of her designs appearing in the most representative of the sector’s magazines.

“The building became an adventure – to create a house open to the sea and mountains.  Very generous, symmetrical, proportional volumes.  The top floor was designed without architectural barriers on one level. The huge windows create an indoor-outdoor feeling that arouses the senses.”

Total Surfaces of the House

WHITE STONE SOTOGRANDE IN THE PRESS 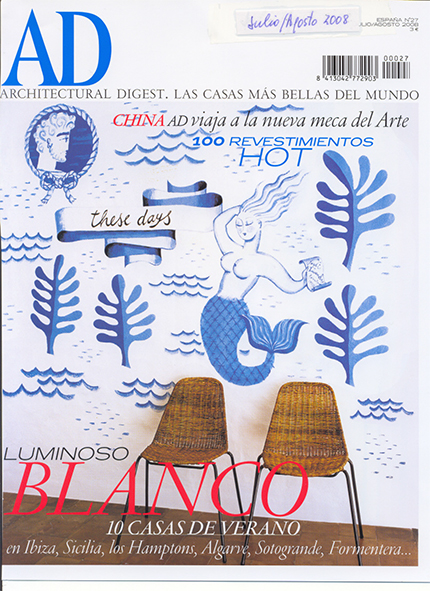 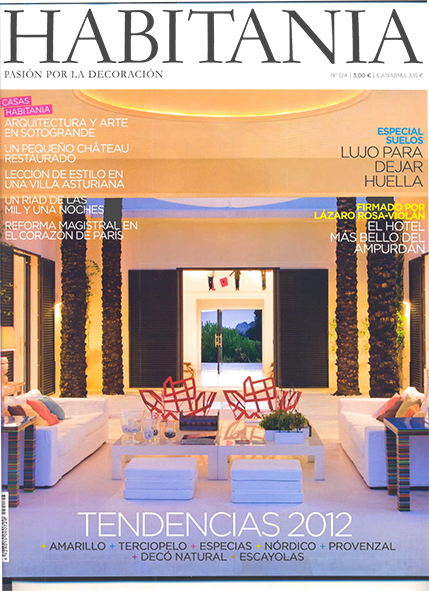 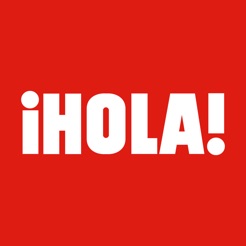 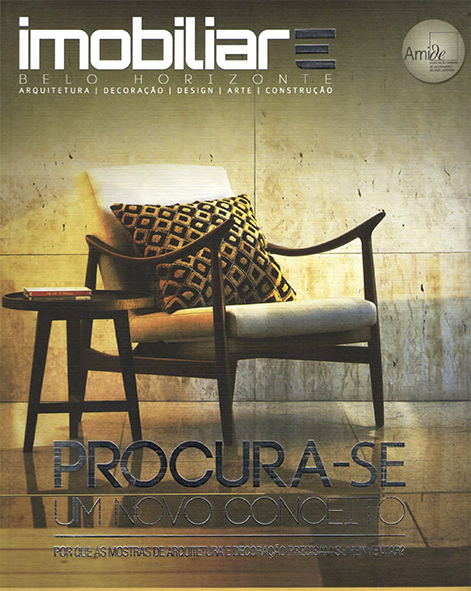 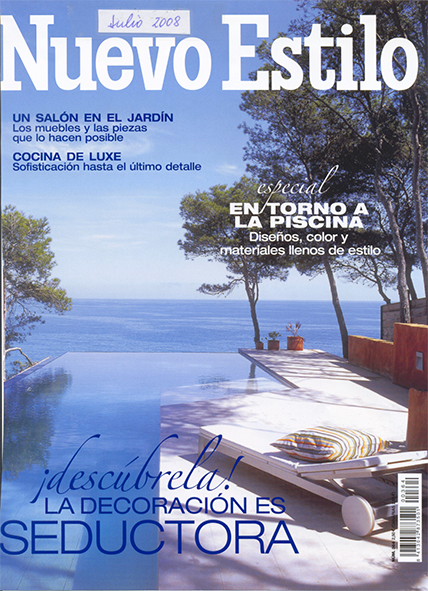 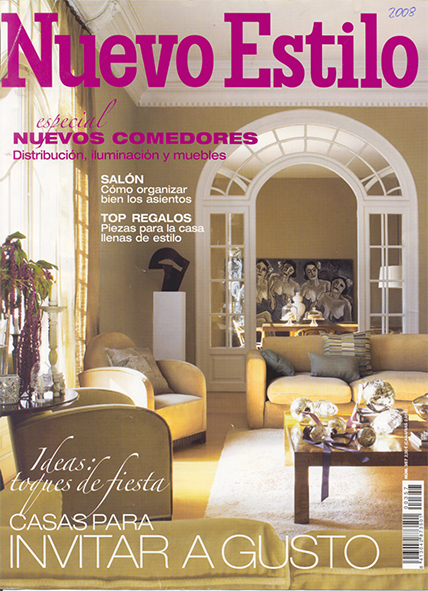 Some artworks are available to sell separately.

You will be in contact directly with the owners of the villa.